Weather will remain a primary focus in the market 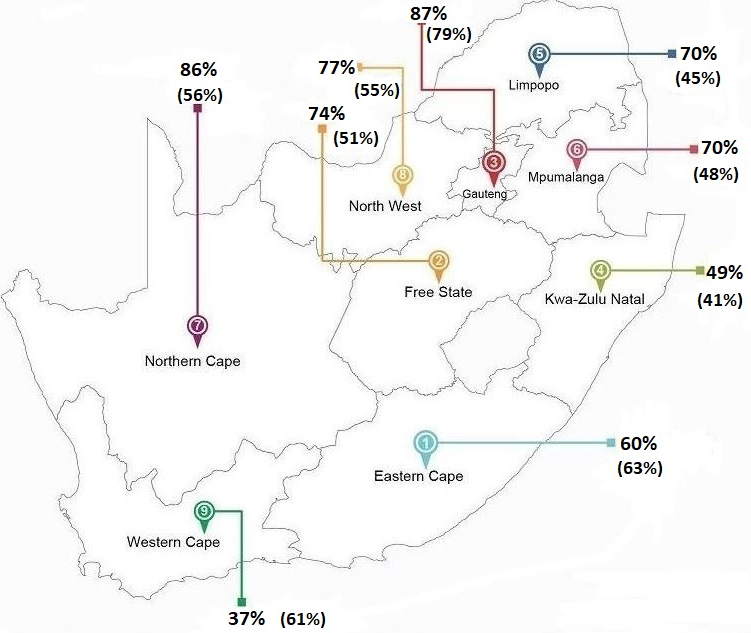 The South African farmers intend to reduce total maize area plantings by 6% from the 2016/17 production season to 2.47 million hectares. The decline is only on white maize, whereas yellow maize hectares are expected to increase due to price competitiveness and global demand.

While it is still too early to be certain about the potential size of the crop, the International Grains Council forecasts South Africa’s 2017/18 maize production at 12.50 million tonnes. This 28% lower than the previous season. With that said, one should bear in mind that the 2016/17 production season was an exception – thanks to good summer rainfall. Moreover, the expected 12.50 million tonnes is in line with a long-term average harvest (discounting the drought years). More importantly, this is also well above South Africa’s annual maize consumption of 10.50 million tonnes.

South Africa’s 2017/18 wheat production is estimated at 1.66 million tonnes, down by 13% from the previous season. This decline reflects the effects of persistent dryness in the Western Cape province. The implication of this will be a notable increase in wheat imports in an effort to fulfill the domestic needs. Wheat imports are currently estimated at 1.8 million tonnes, up by 91% from the 2016/17 season.

Fortunately, the Western Cape province could receive widespread light showers this week. Although this might not replenish soil moisture, it will be a welcome relief and will be beneficial to the late planted crops.

The recent update for the week ending 23 October 2017 shows that dams averaged 37% in the Western Cape province, up by 1-point from the previous week, but 24-points lower than the same period last year.

As indicated in last week’s note, there is optimism regarding the new season crop. Farmers intend to increase the area plantings by 25% from the previous production season to 720 000 hectares – the largest area on record. The notable expansion is expected to be in the Free State, Mpumalanga and Gauteng provinces.

The expected rainfall in the eastern and central parts of the country within the next two weeks should improve soil moisture which will eventually benefit the new season crop. That said, in the near term, rainfall could delay planting, but that is not much of a concern as the optimal planting window only closes in December.

The calendar for this week is light with no major data releases, the market performance will largely be guided by the Chicago soybean price and domestic currency movements.

In global markets – The International Grains Council kept its 2017/18 global soybean production estimate unchanged from the previous month, at 348 million tonnes. This is 1% lower than the previous season due to expected lower production in South America, as well as in India and Ukraine.

The sunflower seed growing areas of the country could experience warm and dry weather conditions this week, which should accelerate planting activity. The optimal planting window for sunflower seed ranges between November and early January.

Last week, the National Crop Estimates Committee indicated that South African farmers intend to increase sunflower seed plantings by 5% from the previous season to 665 500 hectares. The expansion will most likely be in the North West and Free State provinces. This could be at the expense of white maize hectares due to price competitiveness.

The South African potato market lost ground in Friday’s trade session with the price down by 1% from the previous day, closing at R36.56 per pocket (10kg). These losses were due to large stocks of 1.25 million pockets (10kg bag) at the start of the trading session.

However, towards the end of the session, the market saw an increase in commercial buying, coupled with relatively lower deliveries. This subsequently led to a 5% decline in daily stocks to 1.19 million pockets (10kg bag).

The fruit market ended the day mixed during Friday’s trade session. The prices of apples and bananas were down by 1% and 2% from the previous day, closing at R7.37 per and R6.69 per kilogram, respectively. This was on the back of large commercial selling, as well as relatively large stocks of 238 734 tonnes of apples and 192 534 tonnes of bananas.

Meanwhile, the oranges market gained 8% from the previous day, closing at R6.11 per kilogram due to commercial buying interest, as well as the lower stock of 30 027 tonnes.