Unfortunately, in the rest of his speech, agriculture received relatively little attention, besides mention of the potential economic link to the manufacturing sector. There was no mention of agriculture’s contribution to economic growth nor the plight of farmers affected by ongoing droughts. Worryingly, the contingency reserve has been pared down to a meagre R16 billion over the next three years. It is unclear how this will impact on emergency assistance for crises such as the drought and the recent outbreak of avian flu.

Economic growth projections were revised downwards to 0,7% from the 1,3% tabled in February. Lower growth places further pressure on revenue collection and the government budget. For this reason, improving economic growth is a key theme throughout the MTBS. Unfortunately, South Africa’s current growth outlook compares poorly to that of the rest of Sub-Saharan Africa and our other key trading partners. While improving global growth presents an opportunity for increasing exports, domestic factors that dampen growth need to be addressed.

Agri SA welcomes the Minister’s call for decisive leadership and the need for government to improve its productivity and decisiveness. We also welcome the focus on actions to combat constraints to economic growth. These constraints include policy uncertainty, governance challenges, a constrained fiscal framework and rising government debt, as well as political uncertainty.

Minister Gigaba mentions several measures to boost confidence and support growth. However, Agri SA is concerned that the Regulation of Agricultural Land Holdings Bill is cited as one of these measures. Agri SA and other commercial lenders and industry stakeholders have been warning against this proposal for the past six years.

The proposals from the Bill include restrictions on foreign ownership of farmland as well as the imposition of land ceilings in farm ownership.

Land ceilings is a redistributive measure intended to limit the size of landholding to make more land available to subsistence, smallholder or emerging farmers. While such an approach may be well intended, it will not deliver the desired results and it will create far reaching negative consequences. These consequences will in the end hurt those the policy is intended to help. Imposing land ceilings will curb investment, productivity and the future growth of the sector that is responsible for national food security.

Competing on the international stage requires economies of scale. Limiting the size of landholding has many practical complexities. For example, how will the allowable size of landholding be determined? Merely looking at a hectare metric will not suffice as different areas have different carrying capacities. How will large farming units, operating with economies of scale, be dismantled to operate on a much smaller (uncompetitive) scale? Such measures will have dire consequences for investor confidence, agriculture, the financial system and food security.

Agri SA recommends a focus on policies that boost investor and consumer confidence and promote economic growth. Agri SA is concerned by the lack of clear implementation actions in the speech.

From international experience, policies such as land ceilings have been proven flawed and cannot form part South Africa’s policy toolkit.

Agri SA hopes that agriculture will receive greater attention in the 2018 budget. 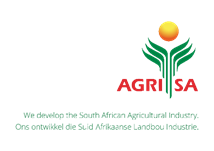