The maize planting process is underway across the country

The maize planting process is underway across the country 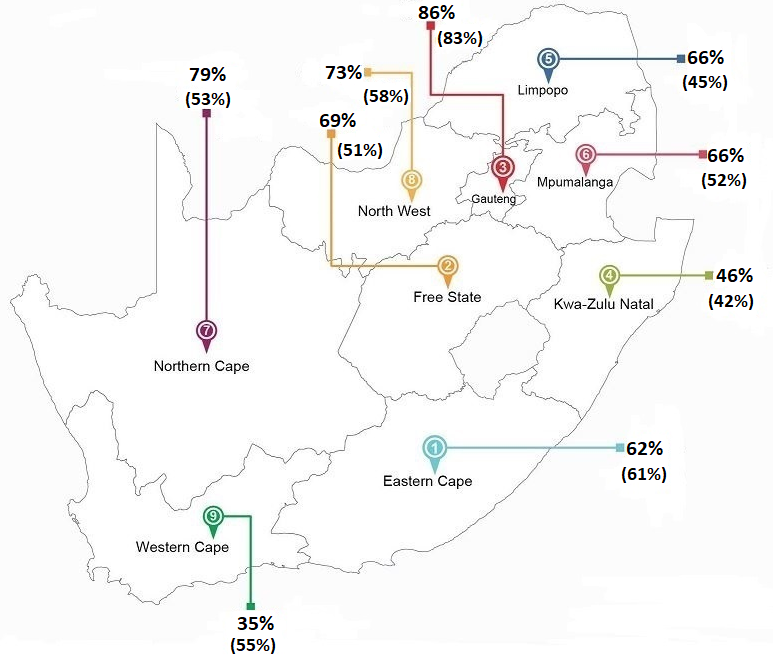 The winter wheat harvest process is virtually over in the Western Cape province, estimated at 95%  complete by end of last week. The yields are reportedly below average, which is unsurprising given the harsh weather conditions experienced earlier in the season.

This also concurs with National Crop Estimates Committee’s sentiments, following an 8% downward revision of the Western Cape’s wheat production estimate from last month to 684 600 tonnes. With that said, the province remains a key producer of South Africa’s wheat with a lion share of 43% in the expected crop of 1.58 million tonnes.

The other provinces that are still harvesting, particularly the Northern Cape and Free State, could experience delays this week due to expected showers. However, the week of the 19th of December 2017 promises warm and dry weather conditions, which should support the harvest process.

The expected showers this week in some parts of the Western Cape province are very light, varying between 5 and 16 millimetres. This means there would be minimal improvement in water levels in the dams, which are critically low. The update for the week ending 27 November 2017 shows that Western Cape dams averaged 35%, unchanged from the previous week, but 20% lower than the corresponding period last year.

The expected rainfall in the past few days did not materialise in most areas, which means that the maize-belt remains fairly dry. Fortunately, the forecasts for the next two weeks continue to paint an optimistic picture of widespread rainfall. If this materialises, it will benefit the new season crop in areas that have already planted, and planting process in the western parts of the country which have been on the downtime due to dryness.

Regionally, media reports from Malawi suggest that roughly 35 879 hectares of maize have been affected by armyworms. We will monitor the developments over the coming weeks.

While not sufficient to replenish soil moisture, the soybean growing areas of South Africa received rainfall last week which bodes well for the new season. With the exception of Kwa-Zulu Natal province where over 80% of the soybean crop has already been planted, the planting process is still at initial stages in most provinces. The delays have partially been caused by dryness experienced in the past few weeks.

The incoming data from the weather forecasters suggest that this conditions could soon improve. Estimates show a possibility of good showers within the next two weeks. Moreover, there is a likelihood of above normal rainfall between December 2017 and February 2018 in the summer crop growing regions of South Africa.

With almost nothing on the data calendar, the domestic soybean price movements this week will largely be driven by developments in the currency market, as well as Chicago soybean market.

The South African potato market lost ground during Friday’s trade session with the price down by 3% from the previous day, closing at R48.25 per pocket (10kg). This was due to large stocks of 794 401 pockets (10kg bag) at the beginning of the session.

During the session, the market saw a slight uptick in deliveries due to ongoing harvest activity. This subsequently led to a 1% increase in daily stocks to 803 418 pockets (10kg bag).

The fruit market saw widespread losses in Friday’s trade session owing to increased commercial selling and relatively large stocks, particularly in the bananas market. The price of bananas declined by 4% from the previous day, closing at R6.57 per kilogram. This followed a 4% increase in daily stocks to 190 000 tonnes.

Friday’s trade session brought more of the same in the SAFEX beef carcass market. The price remained unchanged from the previous day, at R46.00 per kilogram due to thinly traded volumes. Worth noting is that these prices could differ from the physical market, which shows solid activity and higher traded volumes.

The data from the Red Meat Levy Admin indicates that farmers slaughtered 219 393 head of cattle in October 2017, up by 3% from the previous month, but still 7% lower than the corresponding period last year.  The next two months could show an uptick in slaughtering, ahead of the festive season with higher demand for meat.