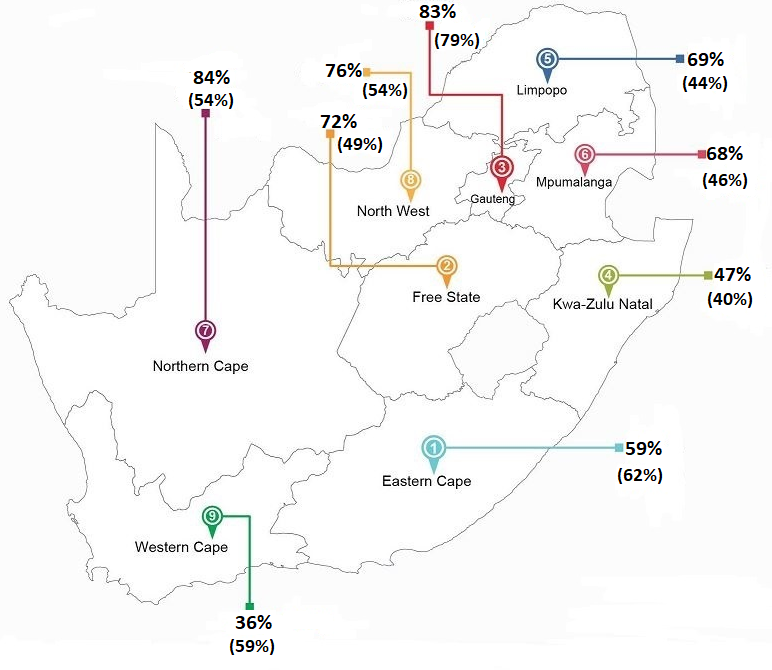 The recent weather update suggests that the South African maize belt could receive rainfall within the next two weeks. This will improve soil moisture and benefit the new season crop. However, there might be planting delays, particularly in the eastern parts of the country where the optimal maize planting window has narrowed.

In its World Agricultural Supply and Demand Estimates monthly report, the United States Department of Agriculture (USDA) estimated South Africa’s 2017/18 total maize production at 12.5 million tonnes. This is roughly in line with the long-term production trend (discounting the drought years, 2015-16). Moreover, this is well above South Africa’s annual maize consumption of 10.5 million tonnes.

With that said, it is still too early to be certain about the potential size of the crop. Last month, the National Crop Estimate Committee indicated that South African farmers intend to reduce total maize area plantings by 6% from the 2016/17 production season to 2.47 million hectares. The decline will be on white maize only.

The winter wheat harvest process is in full swing across the Western Cape province, thanks to dry and cool weather conditions. As expected, the yields in many areas are reportedly below average following drier weather conditions earlier in the season.

In the near term – the expected rainfall this week across the Southern Cape and Overberg regions could cause harvest delays. Given that the anticipated rainfall varies between 16 and 20 millimetres, the wheat quality might not be affected.

Overall, rainfall is a welcome development as the province’s dam levels are critically low. The update for the week ending 06 November 2017 shows that Western Cape dams averaged 36%, down by 1% from the previous week and 23% lower than the same period last year.

On the global front – The USDA forecasts the US 2017/18 wheat production at 47 million tonnes, unchanged from the previous month’s estimate, but 25% lower than the previous season’s harvest. Additionally, this is almost in line with the International Grains Council’s estimate.

The planting activity is underway across the country but could experience interruptions within the next two weeks due to expected rainfall. With that said, the anticipated planting delays are not much of much concern as the soybean optimal planting window only closes in December. Overall, rainfall should improve soil moisture and subsequently benefit the new season crop.

In global markets – The USDA forecasts the country’s 2017/18 soybean production at 120 million tonnes, slightly down from the previous month but up by 3% from the previous season. This uptick is mainly on the back of an increase in acreage, as well as expected higher yields.

Elsewhere, the soybean planting activity underway in South America. However, the expected rainfall within the next two weeks  could slow the process, particularly in Brazil. The USDA has revised its production estimate for Brazil’s 2017/18 soybean crop up by 1% from last month to 108 million tonnes. That said, this is 5% lower than the previous season’s harvest.

The South African potato market lost ground in Friday’s trade session with the price down by 1% from the previous day, closing at R35.25 per pocket (10kg). These losses were due to large stocks of 1.10 million pockets (10kg bag) at the beginning of the session.

Moreover, during the session, the market saw a further uptick in deliveries on the back of ongoing harvest activity. This led to a 2% increase in daily stocks to 1.12 million pockets (10kg bag).

The fruit prices were mixed in Friday’s trade session. The price of bananas was down by 3% from the previous day, closing at R7.49 per kilogram due to strong commercial selling. That said, these losses could soon be reversed owing to the lower stock of 199 000 tonnes.

Meanwhile, the prices of apples and oranges were up by 4% and 2% from the previous day, closing at R7.73 and R6.60 per kilogram, respectively. These gains were on the back of relatively lower stocks of 213 00 tonnes of apples and 67 000 tonnes of oranges.