UPDATE: A 2% increase in diesel price on the cards in November 2017 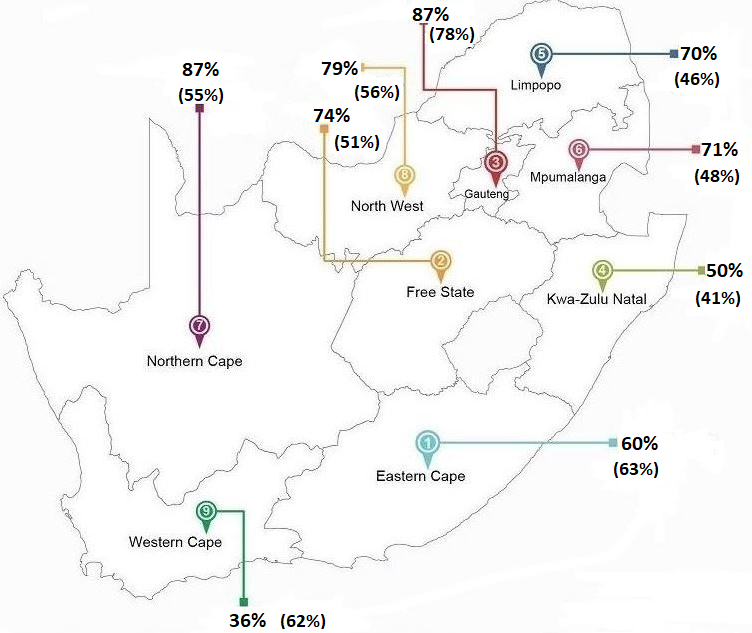 This is a data-packed week with the National Crop Estimates Committee’s intentional-to-plant data for the 2017/18 maize production season, SAGIS producer deliveries and trade data due for release. Any major changes in these particular data points could lead to notable movements in the domestic maize markets.

In 2016/17 production season, the South African farmers planted 2.6 million hectares of land to maize, which is in line with the long-term average. This led to a record harvest of 17.5 million tonnes (commercial and non-commercial maize) – thanks to good summer rainfall.

The large harvest has led to lower commodity prices, particularly the white maize. As a consequence, there are talks in the market that some farmers could reduce the area planted to white maize and switch to other crops such as oilseeds and yellow maize due to price competitiveness. More clarity will transpire from the National Crop Estimate Committee’s report.

Unfortunately, the weather forecast for the next two weeks shows a possibility of persistent dryness across the Western Cape province. This is with the exception of the coastal areas which could receive light showers of between 10 and 16 millimetres.

In terms of dam levels – the recent update for the week ending 16 October 2017 shows that dams averaged 36% in the Western Cape province, fairly unchanged from the previous week, but 26-points lower than the corresponding period last year.

The implications of unfavourable weather conditions on South Africa’s winter wheat crop will be clear when the National Crop Estimate Committee releases its third production estimates on Thursday, 26 October 2017. At the moment, production is estimated at 1.7 million tonnes, which is 11% lower than the previous season.

This week, the National Crop Estimate Committee will give an indication of the potential size of the hectares to be planted in the upcoming season. In 2016/17 production season, the South African farmers planted 573 950 hectares of land to soybeans and that led to a record harvest of 1.32 million tonnes, following to good summer rainfall.

There is generally positive sentiment in the market regarding the 2017/18 summer crop production due to expected widespread rainfall until early 2018. Although the forecast rainfall within the next two weeks could improve soil moisture, it will slow the planting activity. However, this is not much of a concern, there is enough time for farmers to plant. The optimal soybean planting window only closes at the beginning of December.

In global markets – The expected rainfall in the eastern parts of the US Midwest could slow the harvest and maturation process of the soybean crop. At the beginning of last week, about 49% of the US soybean had already been harvested, which is 10-points behind the corresponding period last year. An update will be released this evening as part of the USDA’s weekly crop progress report.

This week the National Crop Estimates Committee will release its intentions-to-plant data for the 2017/18 production season. Last season, the South African farmers planted 635 750 hectares of sunflower seed, with Free State and North West being the leading producers.

There are talks in the market that this season’s area plantings could increase, particularly in the North West province, where white maize area is expected to shrink due to price competitiveness. Moreover, the weather forecast presents a favourable outlook for the upcoming season with expectations of good rainfall until end of February 2018.

In global markets – The harvest process is underway across the Black Sea region. The most recent data from UkrAgroConsult shows that on 18 October 2017, Ukraine had already harvested an area of 5.2 million hectares of sunflower seed with 10.2 million tonnes collected thus far. This is slightly lower than the country’s overall crop production estimate of 14.0 million tonnes.

The South African potato market lost ground in Friday’s trade session with the price down by 2% from the previous day, closing at R39.12 per pocket (10kg). These losses were on the back of large stocks of 937 285 pockets (10kg bag) at the start of the trading session.

Moreover, during the session, the market saw an uptick in deliveries due to ongoing harvest process. This led to a 10% increase in daily stocks to 1.03 million pockets (10kg bag).

On Friday, the fruit market saw widespread losses due to strong commercial selling. The prices of apples and oranges were down by 0.6% and 11.1% from the previous trading day, closing at R7.02 and R6.01 per kilogram, respectively.

The bananas market lost 0.3% from the previous day, closing at R6.72 per kilogram due to strong commercial selling, as well as the relatively large stock of 237 363 tonnes. This is 13% higher than the previous day’s stock, due to good producer deliveries.